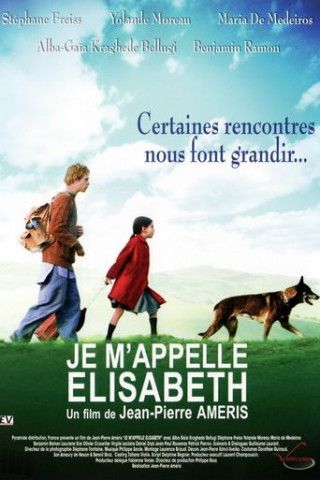 Betty is ten years old and is scared of ghosts and dark corners. When her sister Agnès, who is a year older, leaves for boarding school, Betty finds herself alone with her divorcing parents, Régis and Mado, and Rose, an almost silent housekeeper. This is when Yvon appears over the wall separating the garden of the family's house from the asylum managed by Régis. Touched by his fragility, Betty hides Yvon for several days in the bike shed in the garden. She opens her heart to him, having decided to make him her best friend and confidant. Yvon barely talks. However, little by little, a kind of trust and then friendship forms between them, but the hiding place is not safe and Yvon refuses to move away. So Betty decides to run away with him... Directed by: Jean-Pierre Améris, 2006 Cast: Stéphane Freiss (Régis), Maria de Medeiros (Mado), Yolande Moreau (Rose), Alba-Gaïa Kraghede Bellugi (Betty), etc. Genre: Drama Country: France
Darsteller